Have you visited the Texas Department of Agriculture website?

If not you may be surprised at the useful information and they even feature a Go Texan app for your smart phone to help you find Texas products and Texas own restaurants.

On the Articles page you’ll find some great reading about products and gardening. Today there is a great article on pomegranates and their increasing popularity and how Texas is being a decided force in the growing of these strange and beautiful fruit. I can remember when most farms in North Texas had at least one plant growing, usually near the chimney.  The article offers a link to Pomegranate Information which is too good not to link from here as well.

Then please visit us online at Drake Homes Inc!

One of Neils posts from today offers a great suggestion if you have a sprinkler system:

Garden Tip: I am using this somewhat warmer afternoon to do a very thorough analysis of my sprinkler system. I haven’t run it for 5 or 6 weeks, but I know I soon will need to do so. Heads are always clogged, misaligned (or even missing) and pipes may even be broken or missing (thank you, feral hogs).

Van Cliburn, the American pianist whose first-place award at the 1958 International Tchaikovsky Competition in Moscow made him an overnight sensation and propelled him to a phenomenally successful and lucrative career, though a short-lived one, died on Wednesday at his home in Fort Worth. He was 78.

His publicist, Mary Lou Falcone, confirmed the death, saying that Mr. Cliburn had been treated for bone cancer.

Mr. Cliburn was a tall, lanky 23-year-old, hailing from Texas, when he clinched the gold medal in the inaugural year of the Tchaikovsky competition. The feat, in Moscow, was viewed as an American triumph over the Soviet Union at the height of the cold war. He became a cultural celebrity of pop-star dimensions and brought overdue attention to the musical assets of his native land.

We seldom mention current news on the Drake Homes Inc blog, but the passing of this wonderful, talented man needs sharing.  He will be missed.

This lovely large house is nearing completion I think. This first photo looks as if they are pouring cement.

Regardless of the Drake Homes Inc community you are considering buying a single family home in, you will find a large selection of carpet samples, tiles, and other personal touches for your home. 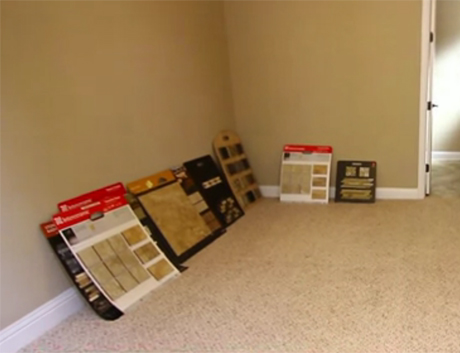 This kitchen was part of the now sold-out Villas at Fontanella community by Drake Homes Inc, but it is worth sharing again:

Look at all that counter space! 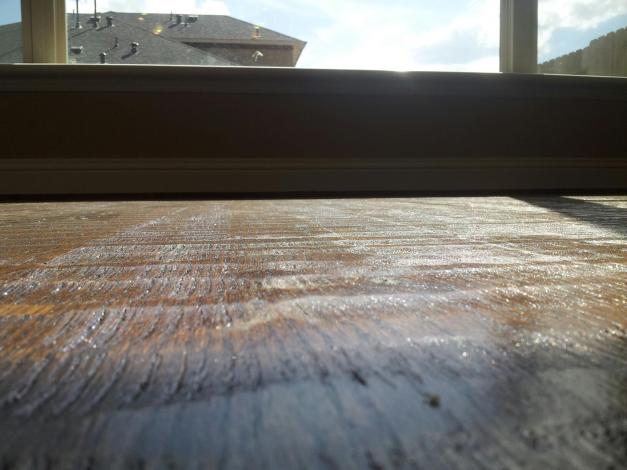 The celebration is being prepared, next weekend is Washington-On-The-Brazos‘ busiest time of the year:

If you’ve never been out to the park, or if it’s been years, consider heading out this year. Washington-on-the-Brazos State Historic Site is located between Brenham and Navasota off State Hwy. 105 and FM 1155, approximately one hour northwest of Houston. The site’s Event page offers not only the details for the upcoming celebration but a list of other events held during the year. 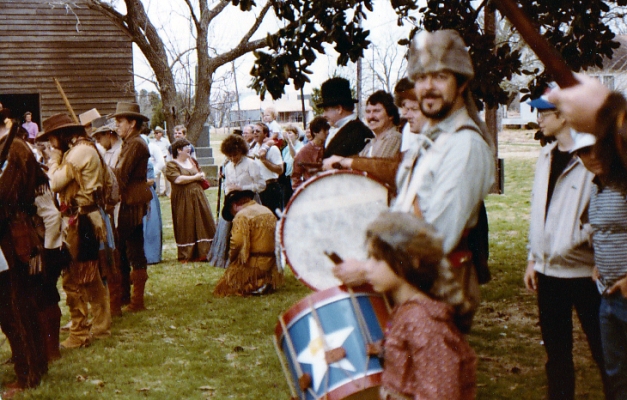 The official Texas Army Fife and Drum attending the celebration a few years ago, along with members of the Texas Army.
Col Renato Deaca on snare drum.

We’ll be sharing more of the upcoming events in the next couple of weeks. 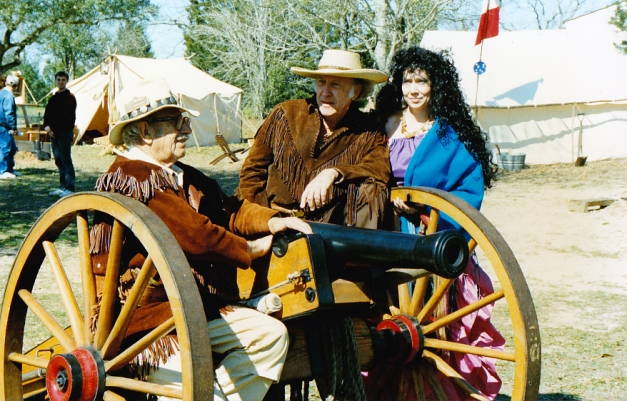 L to R: The late Col. Merwyn Lodge, the late General Carroll “Curly” Lewis, and myself at Washington-On-The-Brazos