Favorite photos from Villas on Eighteenth by Drake Homes Inc. (now sold out). 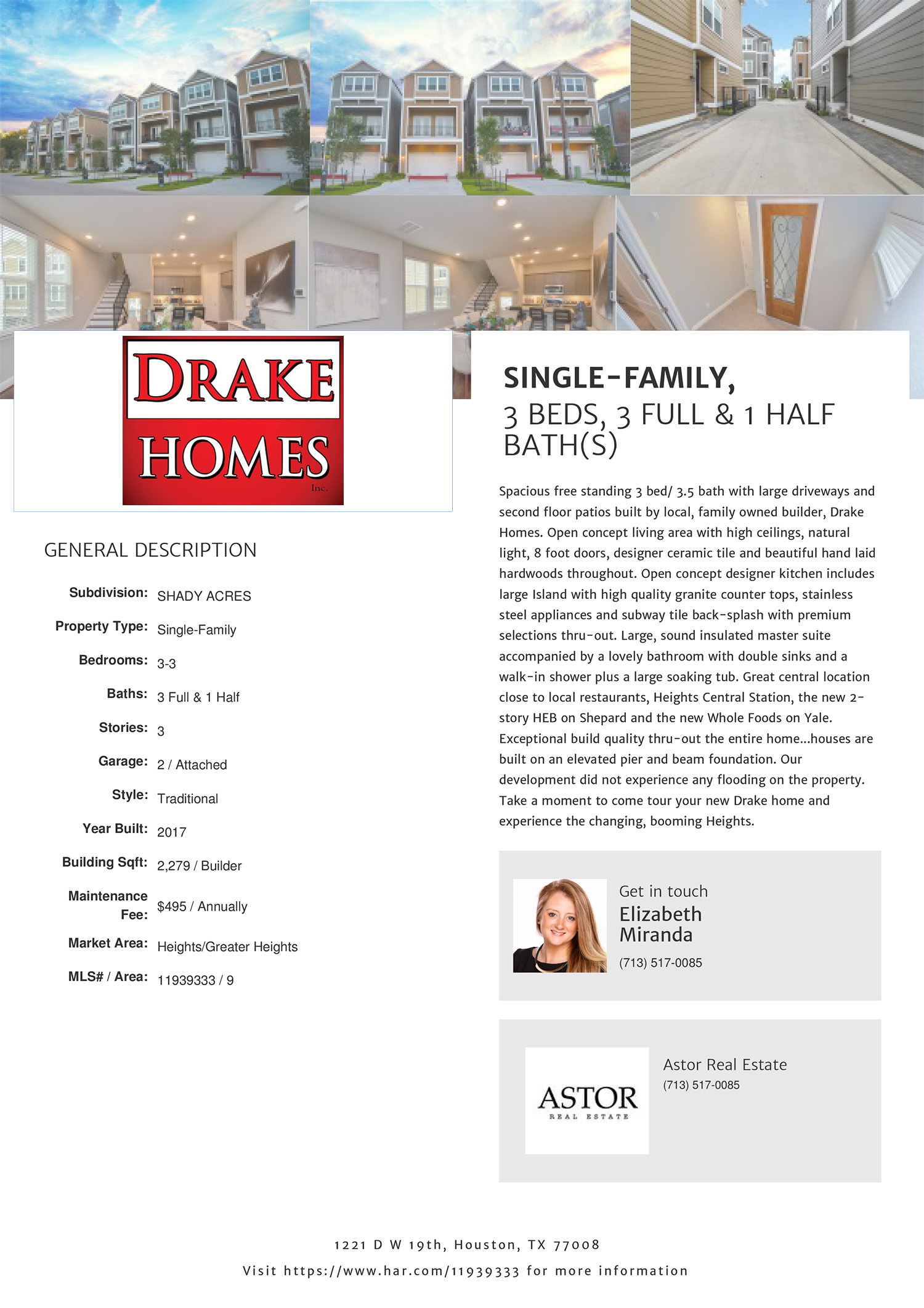 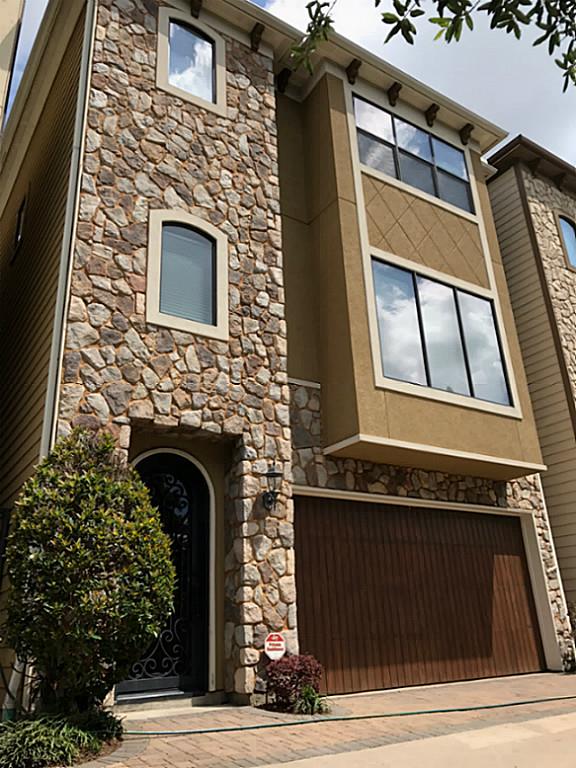 This exclusive development has everything you can ask for in a new home.  All upgraded finishes, gorgeous trim work, wood floors, high ceiling, backyard with 1st and 2nd floor patios. The attention to detail is unmatched. Energy efficient hvac and water heater. Double pane insulated windows.  Master bath complete with body spray shower.

For more information and Agent:
http://www.har.com/5341–e-nolda/sale…

The Heights is home to some of the hottest restaurants in Houston, and the cultural scene is thriving with many art galleries and artist studios in the area that stretches from I-10 to 20th Street. The Heights is a wonderful mix of turn of the century Victorians to contemporary new construction. The Heights offer small town atmosphere with big city conveniences.

Visit us online for floorplans and prices:
Ashland Square by Drake Homes Inc.

Prices and specifications subject to change without notice. Images are meant to evoke the character & the mood of the design and are not meant to represent the exact features or materials. Please see the Sales Associate for details. 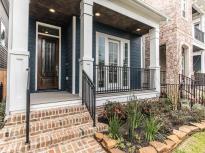 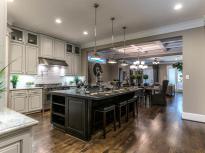 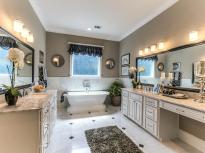 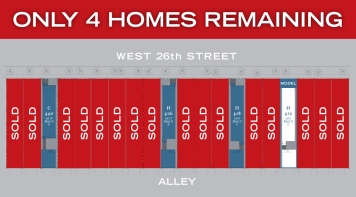 Love wood floors, wood stairways and these were the first photos I saw of the Branard Street Single Family Homes by Drake Homes Inc. Always loved the stairway photos!

While this community is long sold out, please visit us online at Drake Homes Inc. to see our available homes.

East of the Sun – West of the Moon

Amazing what pops into a person’s thoughts, and what strange times they occur.

One of the first stories I remember reading By Myself was titled: “East of the Sun – West of the Moon.”  This fairy tale from Norway was also the title of a children’s reader used in a second grade class I attended. We moved a lot when I was young, and my sister and I attended three different schools in two states that year. This particular book was part of reading at the Miller Valley School in Prescott, AZ. And I fell in love with the story and the book.

Over at Wikipedia the Synopsis for the story begins thus:

The White Bear approaches a poor peasant and asks if he will give him his youngest daughter; in return, he will make the man rich. The girl is reluctant, so the peasant asks the bear to return, and persuades her in the meantime. The White Bear takes her off to a rich and enchanted castle. At night, he takes off his bear form in order to come to her bed as a man, although the lack of light means that she never sees him.

When she grows homesick, the bear agrees that she might go home as long as she agrees that she will never speak with her mother alone, but only when other people are about. At home, they welcome her, and her mother makes persistent attempts to speak with her alone, finally succeeding and persuading her to tell the whole tale. Hearing it, her mother insists that the White Bear must really be a troll, gives her some candles, and tells her to light them at night, to see what is sharing her bed.

She obeys, and finds he is a highly attractive prince, but she spills three drops of the melted tallow on him, waking him. He tells her that if she held out a year, he would have been free, but now he must go to his wicked stepmother, who enchanted him into this shape and lives in a castle east of the sun and west of the moon, and marry her hideous daughter, a troll princess.

And if you want to know what happens, here is the link to the Wikipedia page however, I strongly suggest you browse Amazon or the other book sites and find the story to read.

East of the Sun West of the Moon

Please visit us at Drake Homes Inc and enjoy many of the images of our single family homes!

Oh! I was brushing my teeth when I thought of this dear story!